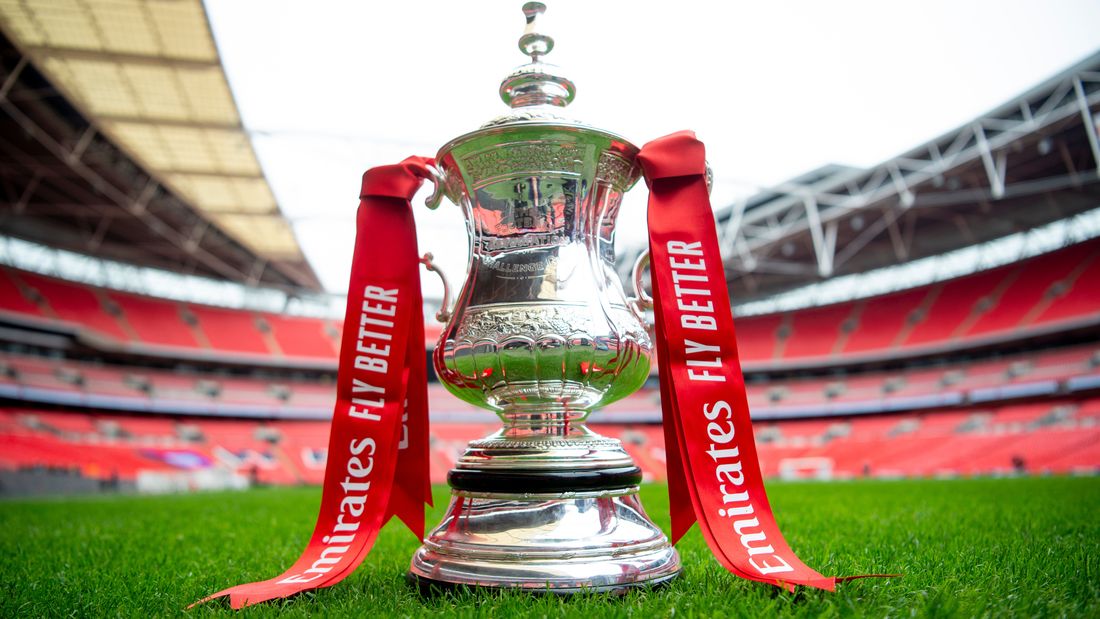 Up For The Cup

This season marks 150 years since the original FA Cup matches were played. Only fifteen teams entered back in 1871-72 and Stoke weren’t among them. But twelve years later, on the evening of Monday 10th September 1883, in rooms used by the English Football Association in Paternoster Square, London, the draw took place for the first round of the FA Cup, with Stoke finally in the hat. There were now 100 clubs in the draw. Just a few months earlier, Blackburn Olympic had beaten the Old Etonians in the final, the first time a northern team had lifted the trophy. Possibly spurred on by this, sides such as Preston North End, Wolverhampton Wanderers and Middlesbrough decided to enter the competition, along with Stoke Football Club.

The Pottery men – as the Athletic News called them – were drawn against the Manchester Association Football Club, a team that by the middle of the 1880s were losing their best players and losing money. Stoke meanwhile were considered to be in their finest ever form. Their new ground was now open and the very first match to be held there, a 1-1 draw against Notts County on Saturday 22nd September 1883, attracted thousands of fans (and The Nottinghamshire Guardian surprisingly called this inaugural match at what became known as the Victoria Ground ‘one of the best games ever played on the ground’). With an arrangement for the clubs to share the gate receipts of the cup game, Manchester asked to play their tie at Stoke.

Nowadays we might get taken to a match for the first time by a relation or a friend, someone who will share stories with us about our club’s heritage. For anyone who began to support Stoke in the 1880s,there weren’t too many stories to learn. But much was the same. Fans had pubs to visit – there was the Vine Inn on London Road, The Wheatsheaf, The Gardener’s Retreat and Uncle Tom’s Cabin, all in business in the 1880s. Supporters could also drink at the Plough Inn, although this was demolished in the 20thcentury when Michelin needed the land, and a new Plough Inn built nearby. At the match, fans would be standing round the side of the field, or sitting in the new grandstand. There were no nets in the goals; the Victorian and Edwardian referee Tom Armitt called the introduction of goal nets ‘one of the finest improvements in football… every referee has cause to thank the inventor’. Kick off was generally Saturday at around 3pm.

Club secretary/manager Walter Cox named himself as one of the eleven men who took to the field at the Victoria Athletics Ground to play Stoke’s very first FA Cup match on Saturday 10th November 1883. The team was doing well, as the press noted, with comments such as, ‘The Pottery men have evidently made wonderful strides since last season.’ The Athletic News considered the result to be a foregone conclusion. It would only be a matter of how many goals the Pottery men would score. As the game began, Stoke looked the better side yet, even though they were playing well, somehow they found themselves two goals down. Stoke’s England international Teddy Johnson pulled one back; he had become Stoke’s first international player when he turned out for England v. Wales at Wrexham in March 1880, a match umpired by Mr Segar Richard Bastard.

The Cup match was a ‘grand game’ played in the wind and, try as they might, Stoke were unable to break through the Manchester defence and score a second goal. The whistle blew for full time; the fans experienced for the first time the pain of exiting the FA Cup. A dream was disappearing. There would be no day out at Kennington Oval to look forward to. No greeting the team as they returned from London as victors, no crowds of Stoke supporters and proud people of the Potteries thronging the streets and making it almost impossible for the players to parade through with the trophy. The Blackburn Olympians had been welcomed by thousands of fans and driven slowly in ‘four large wagonettes’ through a mass of flags and music, cheering and waving. There had even been fireworks lighting up the early spring evening.

But that wasn’t going to happen in North Staffordshire in the 1883-84 season. The Stoke supporters trudged home while the newspaper correspondents seemed surprised, noting how the victory for Manchester ‘makes football form rather confusing.’ Manchester drew Queen’s Park in the next round; all Association clubs, whether they were English, Welsh, Scottish or Irish, were eligible to join the Football Association and compete for the FA Cup. Again Manchester chose to play at their opponent’s ground. They travelled up to Glasgow for the match, the first time an English cup tie was played in Scotland. Newspapers called it ‘a ridiculous encounter’ as it ended 15-0 to the Scotch men. Queen’s Park had thrashed Crewe 10-0 in the previous round and would continue to score prolifically as they went all the way to the final, eventually losing to Blackburn Rovers, after beating holders Blackburn Olympic in the semi final.

Stoke meanwhile finished the season with 16 wins from 29 matches played, as well as 95goals, many of them claimed by Teddy Johnson, the scorer of Stoke’s very first FA Cup goal. Then, on 7th June 1884, the Birmingham Mail reported the sad death of Johnson following a riding accident. A few days later, the Athletic News added further details, recording that Johnson had been thrown out of the trap he was driving, dying a few hours later. It was a tragic story. Johnson had received a second England cap just three months earlier and had scored twice that day in the 8-1 win against Ireland. The Birmingham Mail recalled too his goal for the Birmingham Association against the London Association, where Johnson had dribbled the length of the field before scoring. Aston Villa’s William McGregor remembered that run and goal and was still talking about it many years later saying, ‘In my opinion, he had no superior in the country that season.’

Teddy Johnson was a fine player and the reporters were right to pay tribute to him. His death sounded like a tragic incident. But it wasn’t all it seemed. Three months later, a wet September afternoon in Southport was the unlikely setting for the miracle of Teddy Johnson once more starting upfront for Stoke. Although Johnson didn’t score, he was named captain – not bad for someone the press had reported as dying just weeks earlier. In fact, on 18th June the Athletic News had to state, ‘Nothing gives me greater pleasure than to contradict the remarks I made in last week's issue concerning the supposed demise of Teddy Johnson, who I am glad to say, is “not dead yet," but is rapidly recovering from the effects of the serious accident he sustained, and, if goes on as well as is anticipated, he will in all probability again be seen in the football field next season.’

Years later, ‘Nomad’ wrote in the Sports Argus, ‘of the days long, long ago when I wrote the life and spoke of the decease of Teddy Johnson, the famous Stoke and Saltley College forward, only to receive an indignant letter from Teddy, who didn't seem at all grateful for the lovely obituary which I had written of him.’ When interviewed in 1892, Johnson revealed he had been unconscious for a week after his accident and said, ‘When I recovered I began playing again. I was elected captain for the next season (1884-85), but only played in one match, against Southport. I found my nerves were not what they had been, and I thought I would stop till I got thoroughly well.’

Johnson then became a match official for the Staffordshire Football Association. Like Tom Armitt, he thought the introduction of goal nets had helped referees, although he also believed more responsibility could be taken off their shoulders by having neutral ‘goal judges’. 150 years after the FA Cup was originally played, 138 years after Teddy Johnson scored Stoke’s first FA Cup goal, we now have goal line technology to assist referees. But we’re still waiting for the trophy to be lifted by the Pottery men.