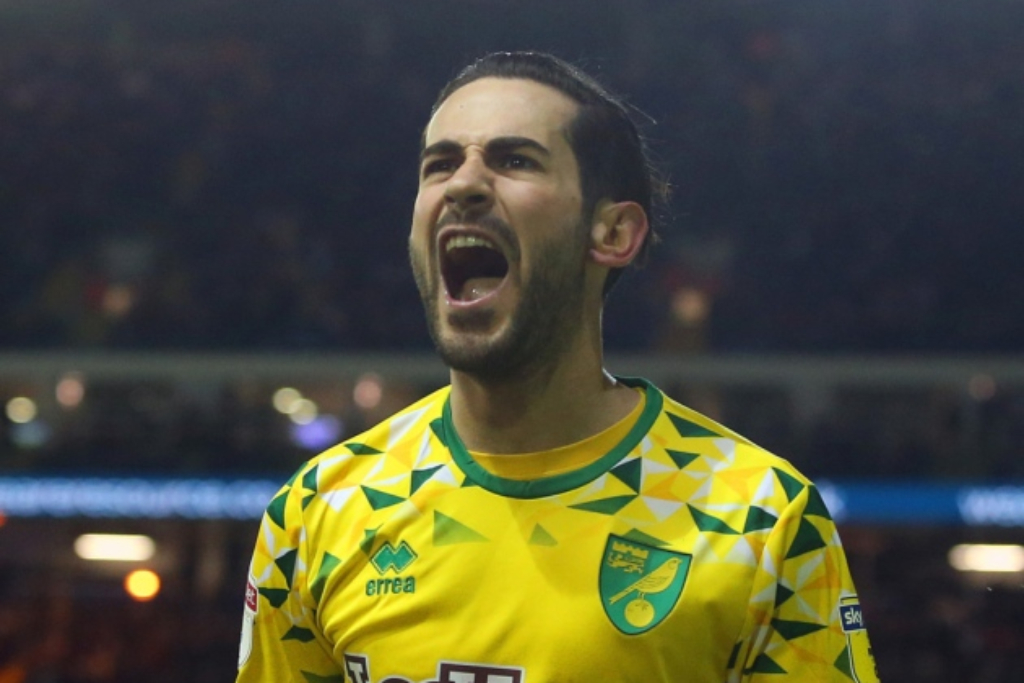 Today, The Potters signed Bosnia and Herzegovina international Mario Vrančić on a one year deal, bolstering our midfield. The left footed playmaker joins us on a free and has real Championship pedigree that makes him look to an excellent acquisition.

You can never have too many ball players in your squad for me, and 32 year old Vrančić is certainly a baller. Well-liked by Norwich fans, appeared 34 times for the Canaries last season in a team that was head and shoulders above all the others in our league - something which bodes well for us. Mario is our third new signing of the summer, and hopefully not our last.....

Quality passing, long range strikes, set pieces.....Vrančić brings this to the Potters party and it will be very interesting to see how he fits into a Michael O'Neill team that already hosts Nick Powell, a very similar style of player. But teams who are going to progress need competition for places, and also two players in every position, and I can't see Vrančić coming here to warm the bench regularly. Hopefully, this doesn't mean that the talismanic Powell won't be signing a new deal soon with us. It also means, in my opinion, we need to get some legs and vitality in our midfield too. Both aforementioned players are artists not artisans, and will need at least one other player around them to do the water carrying and ugly stuff. It'll be interesting to see who/if we acquire/play to do that role.

Super Mario spent four years at Carrow Road and became a firm favourite with the Canaries' faithful, helping them to stroll to the Championship title back in May, and by signing for us remains in the league he was so influential in last season. Two Championship titles were won by the player in his 4 years by the classy midfielder, and he was manager's Daniel Farke's first signing for the club back in 2017. In his 4 years with the East Anglian club, Vrančić made 134 appearances and scored 17 goals - most either memorable strikes or crucial late goals.

You can always tell a player's worth and value from the reaction of the club's fans where he's departed from. When they aren't arsed, the player is often not worth worth buying. But when fans go mad (eg. Arnie) or post really decent stuff, then you know you have signed a good 'un. Almost to a person, Norwich fans have sung his praises and wished him well as he ventures up to ST4. And it's not just Stoke fans who are delighted with his signing..... it's funny how my wife has suddenly become interested in our transfer business too, when I showed her a pic of the new signing. And no duck, you won't be accompanying me to matches!