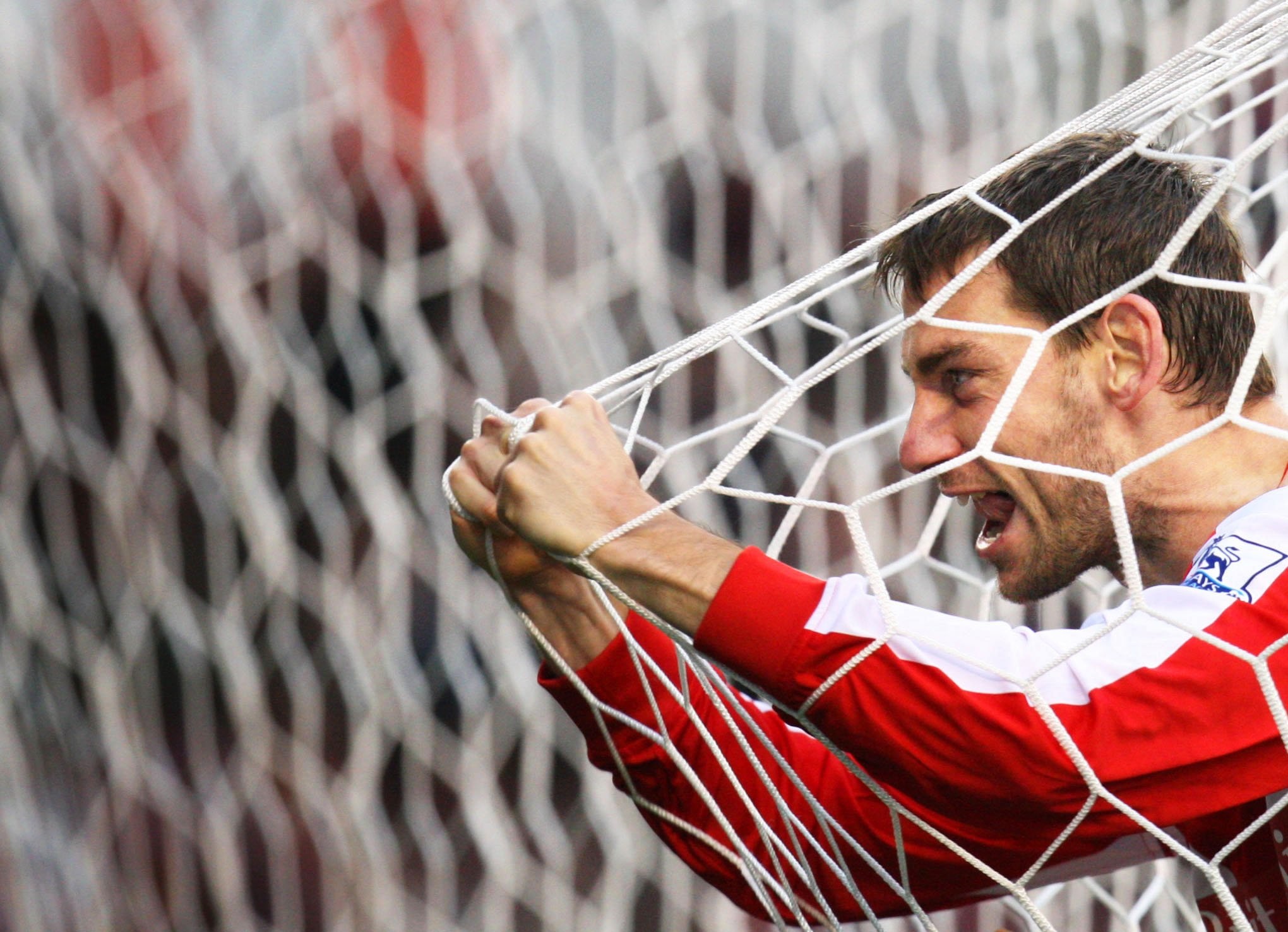 Our new issue is out later this week, and in it we feature an exclusive interview with the legend that is RORY DELAP. Here are a few snippets from an interview you really don’t want to miss……link to buy will be on here on Thursday - or visit our online shop on the home page

On his broken leg……

Yeah, at first I thought I’d just broken my shin pad, and then I looked down.  It was the worst thing I could have done. As soon as I looked down at the leg, the pain kicked in. It was a double break and the pain wasn’t as great as you’d expect, but as I looked at it I thought “how the hell is someone going to fix that?”.

I rang Higgy hile I was in hospital and told him to come and see me and that all I really needed was some underwear. So Higgy, fair play to him he’s a great mate and all that, but instead of going and buying some new underwear for me, he just brought in some of his old ones! Plus a soft toy!

I never used it as much as I did at Stoke really. At Derby, I used it to turn defence into attack, and to put it over full backs heads and turn teams.

No, the crowd really can, and did, make a difference. Especially in certain games. For example, the last ten minutes against Villa was simply unbelievable. I’ve played in lots of games with great atmospheres, but that season....!

Yeah, it was a shock. Gaz just came in the office and all the coaches were sitting there and he just said “That’s it”…..and we were really shocked at first. His second sentence was “We’re all going, but Rory you’re staying”.

Nathan stuck to his word….he got me involved in the coaching side with him and Joaquin (Gomez), both brilliant coaches. But it didn’t workout in the end, did it? The sessions were good, the players liked him, but sometimes it just doesn’t work out.

I spoke to Michael and said I don’t want to hang around the building like a bad smell. I said if he wanted to bring his own people in that I’d understand, but I also said that if I stayed, I wanted to be fully involved again, not standing in a corner.

TO READ MORE, YOU'LL HAVE TO BUY ISSUE 68 - SHOULD BE OUT ON FRIDAY!