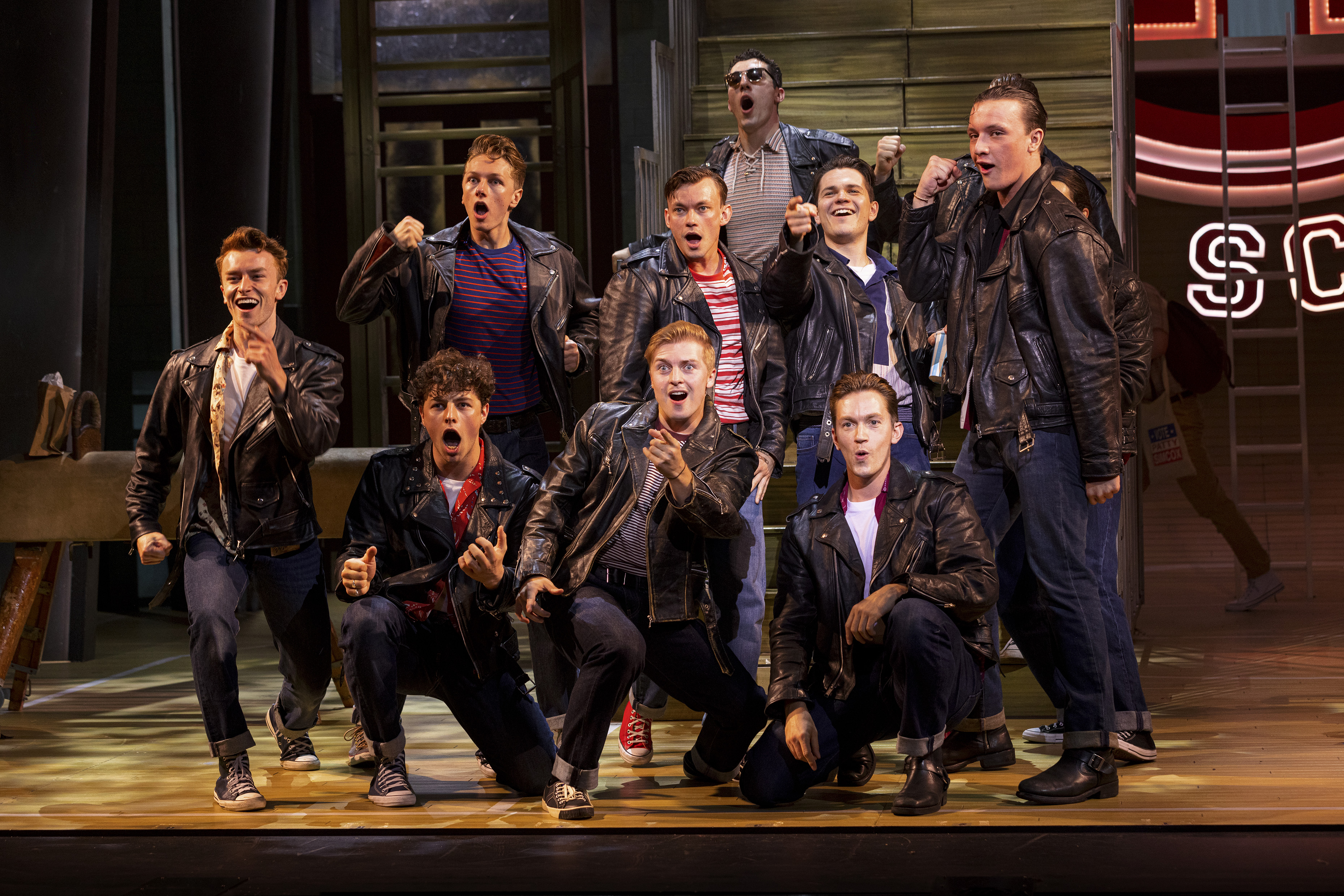 I know you’re thinking “Crikey, it’s only a Tuesday night in ST9 as well!” Mucky lot!

No, Grease is in town – and no, I don’t mean Orfy’s hair or my chip pan, either.

You know, Grease?!?!??! Travolta, Newton John and, er…..the rest of them; This time, it’s on stage, and for the rest of the week it’s up Hanley (duck) in musical format, at the beautiful Regent Theatre, halfway down Piccadilly.

The prototype High School Musical, Grease sees the Regent re-opening its doors, and it was brilliant to see so many folk enjoying themselves at one of The Potteries prime entertainment hubs. You know the score (geddit?) by now with Grease: You’re the one that I Want, Greased Lighnin’, Hopelessly Devoted To You et al (plus some songs not in the film) are belted out with gusto by a cast that seems to be as pleased to be back on stage as the crowd are to be out of the house on a weeknight.

The film is as iconic as it gets, and whilst I find the big screen version overly sugary and schmoozy at (all) times, I much prefer the on-stage version witnessed here tonight. The two leads Dan Partridge (Danny) ad Georgia Louise (Sandy) have definite chemistry and are surrounded by an energetic cast who look as though they're enjoying it as much as the audience.

But the star of the show is The Regent itself. It’s been back open for a week now, and remains as brilliant a Stokie landmark as ever, and fully deserves the support of the local (and non-local) public. Re-entering a theatre for the first time in months a months had my chills a multi-plyin’, and with eateries and drinkeries aplenty down Piccadilly, it’s a good opportunity to see our city centre at its best and a good place to spend one of your late Summer Nights. Sorry.

The Regent, Stoke-on-Trent from now until September 4th.

Tickets available from The Regent Theatre Box Office or go to ‍