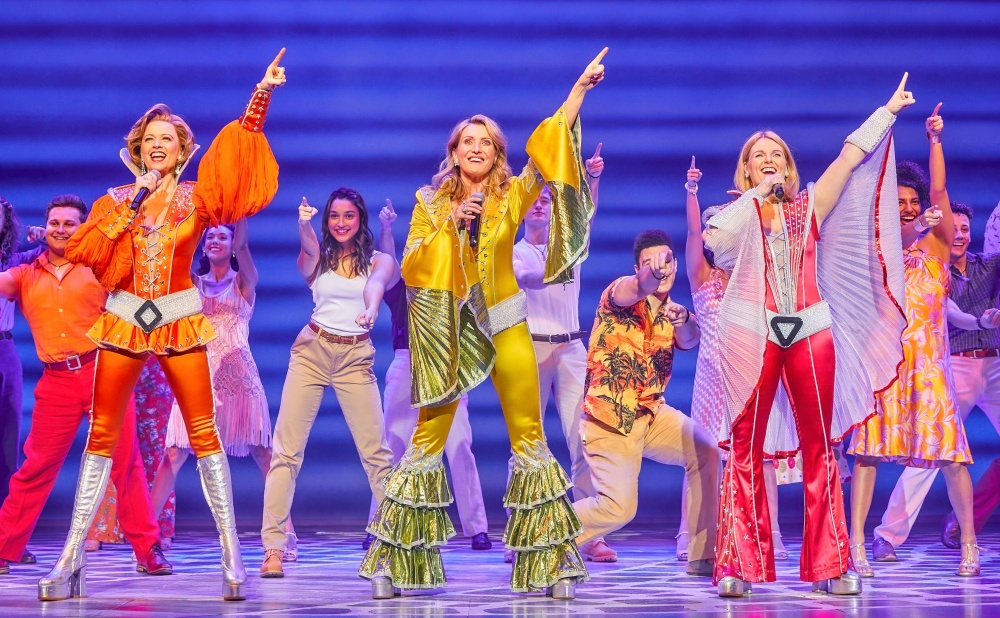 Mamma Mia! at The Regent

If it’s fun, energy, and a good-old singalong to ABBA classics you’re after, then you really do need to head up to ST1 and the stunning Regent Theatre to watch Mamma Mia!

I’ll own up now – the actual film leaves me a bit cold, as for me it’s an absolute hammed-up cheesefest and a little bit annoying, too. But did you know that the stage show began in 1999 and came before the movie? Anyway, tonight under the Regent Theatre's lights was a far, far better watch than the screen version in my humble opinion, and the exuberant crowd really wanted the cast to Gimme Gimme Gimme a few more ABBA hits as the curtain came down at the end of the night.

Mamma Mia! Is a story that focuses on friendship, love and family and is based on Sophie Sheridan (played by Jena Pandya) as her wedding day to fiancé Sky (played by Toby Miles) suddenly looms. Sheridan is desperately seeking the true identity of her father and invites all three potential dads to the wedding.

What follows is two and a half hours’ worth of nostalgic musical classics, superb choreography and great performances by the cast.

Set on a Greek Island, and celebrating both friendship and remaining forever youthful, the undoubted star of the show for me tonight was the dominant Sara Poyzer – the mother of the bride – but Mamma Mia! Is about the whole cast and production rather than one person. Iconic anthem followed iconic anthem, with the large audience captivated, engrossed and thrilled by the high-energy emanating from the Regent’s stage. Indeed, once again, the Regent Theatre showed what a superb venue we have in the middle of The Potteries, and when you get a brilliant night’s entertainment lie Mamma Mia! Gave us tonight, then you can only seeing it going from strength-to-strength in the future.

Venue: The Regent, Stoke-on-Trent from now until Saturday May 21st

Tickets available from The Regent Theatre Box Office or go to: