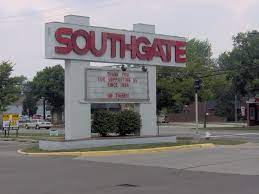 Every few years the country goes football barmy in the summer. And it then gets let down.......badly......

But 2021 feels and smells a bit different. And that's down to one man in my worthless opinion. Gareth Southgate led England to our first final in *takes shoes and socks off* 55 years last night. Here are five things I picked up on from our semi last night and Southgate's half a decade in the hottest of hot seats.....

When appointed in 2016 it's fair to say that not too many England fans were shouting from the rooftops the name of our new manager. He hadn't pulled up any trees with Boro or the Under 21's and seemed to many to be another 'Yes' man. Typical FA tackle. But Southgate always gave youth a chance and player development was always at the forefront. Just what we have needed in the last five years as we have an outstanding set of youngsters at this moment in time.

An excellent club player, Gareth Southgate played as he speaks as manager.....bright, articulate, and trustworthy on the pitch, where he was good enough to represent his country 57 times. You don't do that unless you are top class and the manager sees a number of attributes in you. Quiet and unassuming he may seem to be, but leaders don't have to have veins popping out of their foreheads during the national anthem or drink pints of wine.

Ask Steve Maclaren - he saw plenty of leadership qualities in Southgate whilst at Boro. He just wasn't the kind of player - and now manager - who feels the need to put himself at the front of the media queue, offer pointless soundbites, and play the cards that everyone expects of someone in the spotlight. A bit like comparing the political leaders of New Zealand and the UK, I suppose. But that's another story. Gareth Southgate, and we didn't know it five years ago, was just what football in this country needed. Indeed, just what this country needs!

As the whistle blew to signal the end of the first period of extra time last night, I tweeted about his decision to take Jack Grealish off. I called it a 'cowardly' decision. I got stick, plenty of it, and probably deserved it. But the point was missed.......I think Gareth Southgate is anything but a coward, but at 10.10pm or thereabouts, I thought it was an overly cautious, handbrake-on decision when we were battering a Denmark team that would play the second period with ten men and were on their last legs. We handed initiative back to them, needlessly imho. But, as many have said, it was probably a brave decision if anything: removing the nation's new sweetheart whilst he was tormenting the Danes down our left hand side. The easy decision was to leave Grealish on - but there's a fine line between brave and overly-cautions sometimes, not often - and last night was one of them.

In isolation, I was wrong, certainly to use the c(owardly) word and the result proved that, as results always do. But it was about the decision, not the man. There's a difference. Results take subjectivity away from any debate - and I was proved wrong by the win, and was delighted to be so - but I still stand by my point made at that time. You know, you can criticise and still love at the same time. Just as I criticised decisions made by every single Stoke manager of my lifetime - because I want us to be the best we can be.

No, Gareth Southgate isn't just what the national team needs, he's exactly what this country needs at this time. Calmly authoritative, well liked, well-spoken, honest, and when he speaks he makes sense. He's exactly what I want my kids to be like when they grow up, he's some human being. And the great thing is that this has filtered down to.....

A few years ago I interviewed an England player for a national magazine. It wasn't a good hour. Immature, silly, brash and cocky.....I was glad to leave his mansion, and it reaffirmed my view on many England players - they just didn't represent us. Now, I know that footballers don't have to be role models, and young kids with pots of cash will be a little on the show-off side at times, but it reaffirmed what I had thought of the national team for some time.

And then in came Mr Southgate and his management team.....

We now have a team of likeable individuals, but one with an amazing team ethic about them. And it seems genuine, too! The England PR and media team have obviously worked wonders, but this new attitude comes from above. And when players have strayed - as some have done in these Covid times - the management have dealt with it quickly and effectively. There doesn't seem to be favourites any more, no first names down on the team sheet. Places are earned, and the manager makes big decisions, as he did last night. That has created a culture of competition, but one in which there's an overriding air of respect for others. That's a really good place to be.

The amount of Stoke players I have interviewed who all would run through a wall, and did so, for Tony Pulis. It's a very similar scenario in some ways. Things were kept in-house, there was no scapegoating publicly, and there was a willingness to put the common cause first. It also helps that the current England squad features a host of role models in it, too. The likes of Sterling, Rashford, and Kane do and say the right things, on and off the pitch. It's so much more an England team to like, as well as support.

As for the player I interviewed.......he's still an England player, but either he's changed or they've changed him. Either way, it's outstanding management from Southgate and co. He gets what the public want. Yes, a winning team. But one that seems like it has a club mentality rather than one that won't sit together at meal times.

Often where games are won or lost. And *puts tin hat on* I still think our balance isn't right, especially for how Italy will set up. Let's be honest - for 45 minutes last night, our two holding midfielders were awful, both in and out of possession. They didn't protect, shield, block angles or keep the ball. They offered very little. Denmark are a good side, but if we play like that on Sunday then Italy's midfield and the likes of Chiesa and Insigne in the holes will have a field day.

Fair play to Phillips in particular - he got back to somewhere near his best after half time, but I thought Rice was the weak link - but with 4 at the back do we really need two cdm's who aren't protecting? Don't we need an option slightly further forward to play through the lines to, or does three at the back suit two cdm's more? I felt the same first half against Ukraine - a really average team, but one who found the striker's feet far too easily at times during that first period. Foden or Grealish give us more possession of the ball, and possibly Mount could play slightly deeper at times and effect the game a bit more?

All questions for the manager, but ones as someone who loves the tactical side of the game that I will keep asking and raising, especially on social media. Feel free to debate, and feel free to say I'm wrong, massively wrong. That's part of it and part of why I love Twitter. The spontaneity and subjectiveness of it. And often I am wrong, and am happy to admit it. I don't, as one follower said last night, "think I know everything", but I do have a right to an opinion and love debating it. That doesn't bother me. But please don't feel free to simply say "all you ever are is negative" or call me a "c***, w*****r" etc. That does.

If there was a Euro's for Missing The Point, then shedloads of fans and people from other countries would be getting their hands on the trophy. And all because of one song.....

"Three Lions" is anything but arrogant. Indeed, from what I see, it's a pisstake of how bad England have been since 1966, and how they nearly always let you down and fail. It's poking fun at ourselves, but it also sums up being a football supporter for so many fans - the hope, the misplaced optimism, the being let down, the failures, the "all those oh-so-nears" that "wear you down, through the years". As football fans, we are often really good at putting ourselves down with a smile on our faces, none more so than when the national team is involved - but we still go back for more, because that's what football fans do.

The song is not about expecting to win a trophy, it's about dreaming of winning a trophy, the hope being insufferable and yet what keeps you going at the same time. Indeed, as it was released in 1996, surely it was a tune based on hosting our first major championships for three decades? In the country where football was born, yeah? Football's coming home. There's a clue in there. That it tends to rile up so many other fans makes it even better, because isn't that also what football is about?

We also have to acknowledge that when journalists use it randomly and stupidly at press conferences, then the likes of Kasper Schmeichel have every right to bat it way. In that scenario, it really does look arrogant, and I though the Danish number one handled it perfectly and factually and with a smile on his face. Why are we so precious when others speak the truth and criticise? In THAT scenario, the song does come across as others see it - and that reinforces the stereotype of English over-confidence and arrogance. Well done to the journalist who asked it at the Danish press conference - you did us zero favours.

But I think it's a really clever song, possibly a perfect football-supporting song in a way......it's not as cool as World in Motion, but Three Lions is really catchy, lends itself perfectly to football matches and large groups of fans singing it, and can be interpreted in so many ways by so many people. And even if we win or lose on Sunday, it will still be sung at England matches.

The line "I know that was then, but it could be again.....", just before the rousing ending, is a simply brilliant one. It's goosebumps, because it says everything in 10 words to sum up what many football fans cling onto. Hope. The hope you carry with you as you trudge up from the incinerator or from Heron Cross, down Hamil Road, along Gresty Road etc etc to the ground, any ground.......It's the hope that keeps you going back. It's the hope that kills you.

And we would not have it any other way.

Penalties. And you know I'm glass-half-empty at the best of times. But this manager and group of players have proved me wrong a few times......once more, lads?