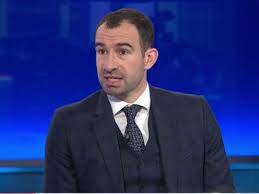 A few bits and bobs from our exclusive five page interview with DANNY HIGGINBOTHAM. Really is one of the best we've had in.

On sale this week!

I had a year left on my contract at Southampton and a few promises that were made to me by the then chairman were never fulfilled. I had had enough, and when they offered me a disgrace of a contract I knew it was time to move on.

was the day we signed Lee Hendrie. The following week when Tony believed he had the players he needed, we went to Elland Road and beat Leeds easily in what was a magnificent performance - and our performances went form strength to strength.

Then there was the transfer request. Yes, I did hand one in but that was only because the club told me they had accepted an offer for me from Sunderland - but in order for me to be able to go I had to hand in a transfer request…..

I was lucky enough to get the opportunity to come back to Stoke after they had been promoted, and I will be forever grateful for Tony bringing me back. That year was the best year of my career in every single way.

Losing my place to Danny Collins when he came in was hard, because I had started the season well and we had just beaten Sunderland at home the previous week 1-0. I got on well with Danny and it was Tony’s decision to drop me.

The goal against West Ham was a huge highlight in my Stoke career and something that seems like only yesterday.

………and then all I remember was Cech catching my shin but only very lightly -  but the problem was that my leg was straight at the time. The initial pain was unbearable, to the point I was punching the ground so hard I hurt my fist.

It was quite late and all the shops were shut so I decided I would be a good mate and give him some of my better ones - so I went through my boxers and got him five or six of my best ones and headed off to the hospital.