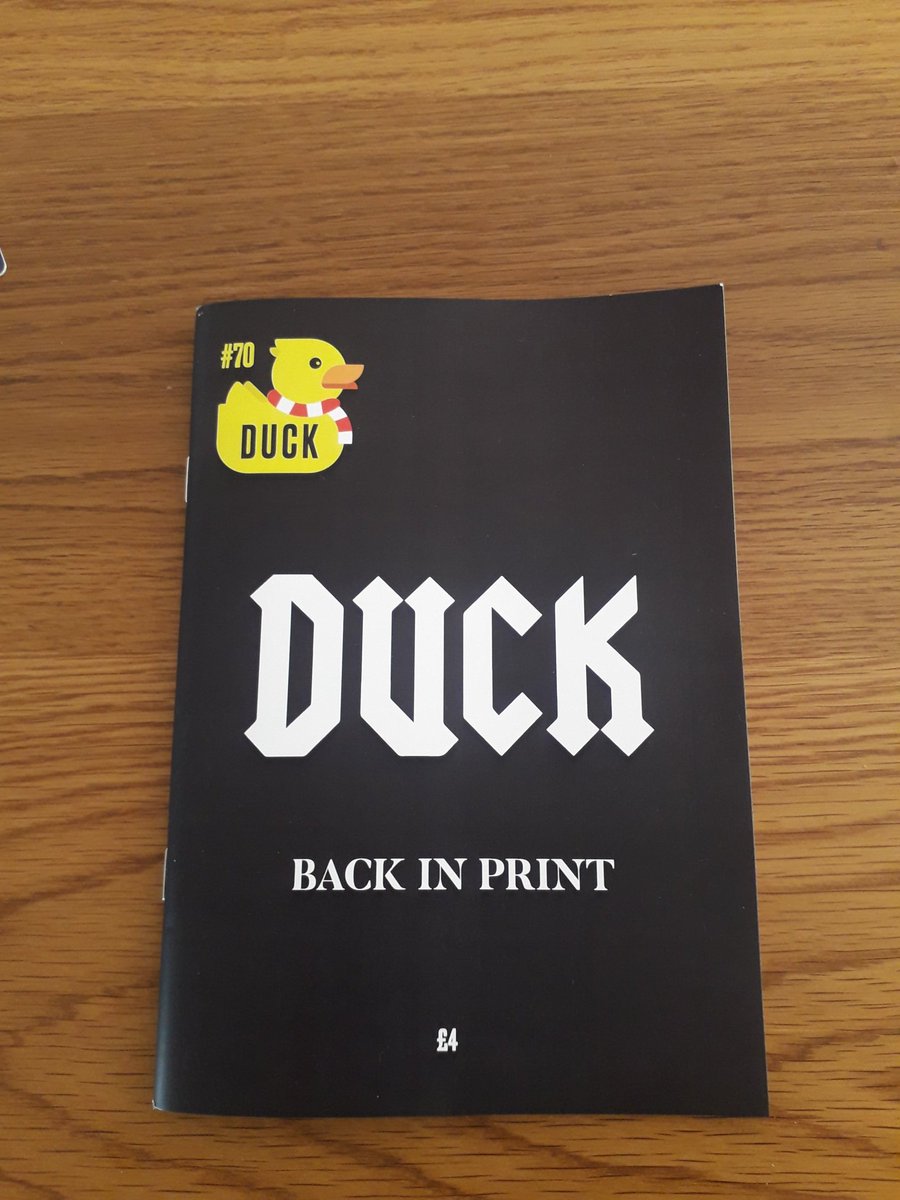 DUCK 70 being back in print was both shattering and amazing. We'd forgotten what it was like - oh, pipe down you mucky lot!

The only reason it was successful was because of DUCK readers, subscribers, and advertisers. Without you lot, we would have no magazine at all. And without over 250 folk putting their money up front, we simply could not have brought out another printed magazine ever again.

DUCK 70 in printed format has now sold out. Thank you.

We do have it in digital format here: https://duckmagazine.bigcartel.com/product/duck-70-digital-copy

We have made a small profit on this issue - a rarity over the last 18 months, as the taxman will verify - but it does mean that we can now put that into bringing out a printed magazine in December - we will do it on exactly the same basis, and in the meantime bring out a digital-only issue in November which will be free to everyone (subscribers will get an extra issue added on to their subs for free!).

Yes, we have had some teething problems, mainly due to the Royal Mail being useless - but we always have had them. Bunny not being able to sell was a killer for him, but Steve and Orfy were amazing, and it sold out against Hull - as it did 18 months ago. No, it's been such a positive few weeks that we can't wait to do this all again.

We have two big interviews already sorted - one with a first team regular. We are also in talks to get a massive interview in our Xmas issue. Please keep your eyes peeled on here and on Twitter @DUCKmagstoke

What we need to make DUCK even better or at least on the same basis, and keep it as cheap as we possibly can:

We never, ever take your support for granted and indeed, do as much as we can to deserve and earn it. Thank you folks x