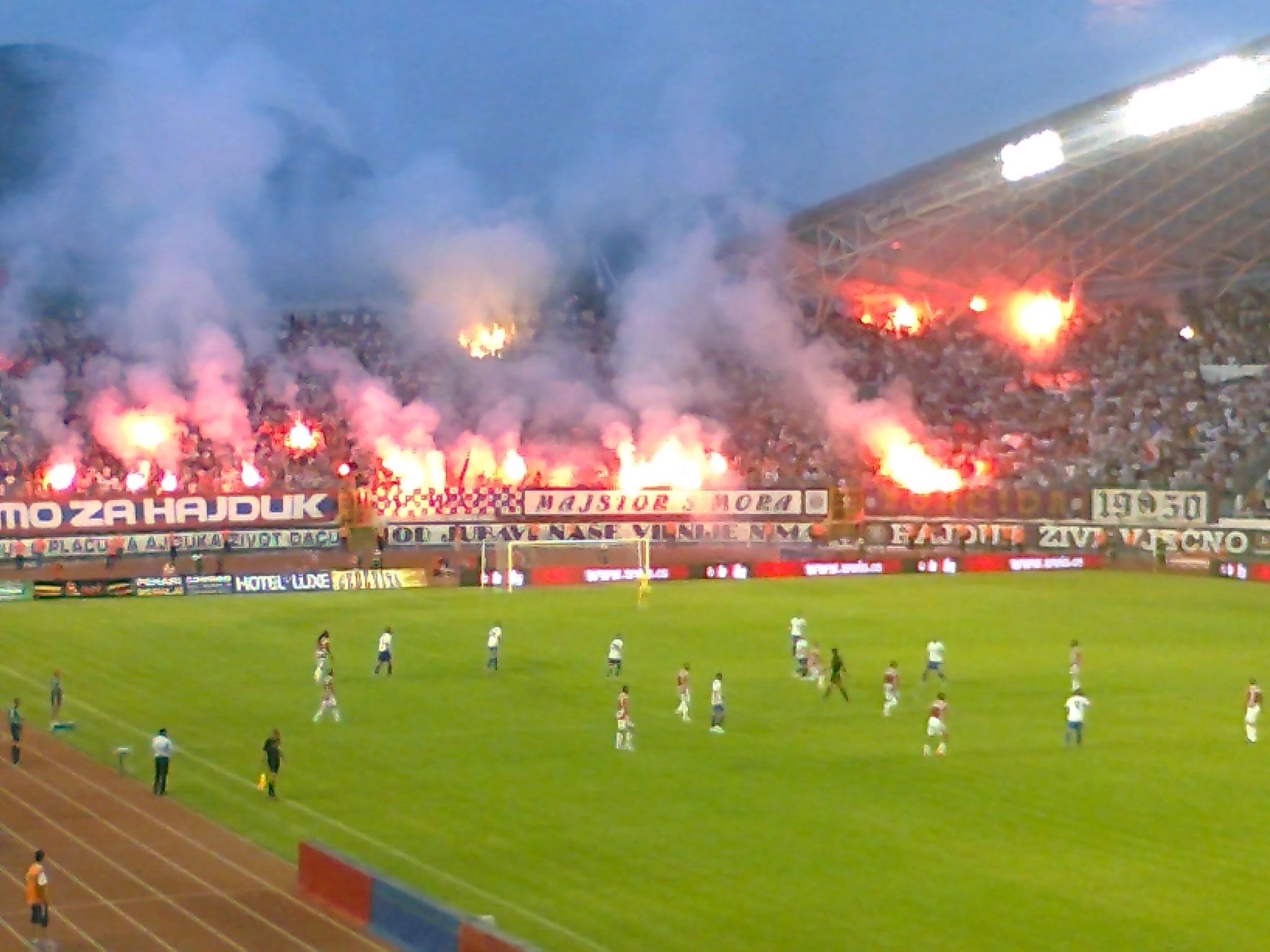 Beam me down Scottie, we’re going to ZADAR!

POSTCARDS FROM THE EDGE

July 2011: Nyon, Switzerland. The place where it was decided that our Summer holiday would be to see our courageous Cup Finalists play in the heart of Croatia at the hot-bed of Hajduk Split.

My kids had a look on YouTube at some of the scenes that occur on a regular basis inside Hajduk’s Poljud Stadium, which were reminiscent of World War 3. “I wouldn’t let Mum see this” they said, “She won’t let us go if she sees all those mad home fans”. Must admit, it was a bit weird getting out an atlas of Europe and working out the best way of getting to Split.

I came in from work one day to be told by the wife that she had booked flights for the four of us to Zadar!! For a moment I thought she had lost the plot as we were playing in Split, not wherever the hell Zadar was. I loved the name of the place, it sounded like an Alien planet from Star Trek, but it was where we were going to start our European tour.

We had a few days in Croatia before the match and found the locals to be incredibly friendly. The kids loved the state sponsored Hajduk graffiti on every square inch of wall they could find, some of which must have taken a team of decorators equipped with scaffold and a few thousand litres of paint, several days to complete.

The atmosphere inside the stadium was unbelievably electric. The home fans were like Zadar, out of this world. War dead were honoured, songs sung with more passion than anything I’ve ever seen, with a home-made ‘Naughty 40’ banner and flares to light up the darkening sky.

And history was made. We won for the first time away in Europe, and our merry band of supporters, with flags hung aplenty, sang ourselves hoarse. It was an amazing night capped off by a lift back to our Hotel in a Police van, complete with flashing blue lights!

We were seeded for the draw for the next round. FC Thun of Switzerland were our next opponents and a good number of our supporters made the trip to the most idyllic setting you could ever wish to watch a football match. The town of Thun was picture perfect ’chocolate box’ with the cleanest river I’ve ever seen running through it. The stadium was brand new, complete with its plastic pitch and ‘The Eiger’ rose majestically behind the home end.

This match was a million miles away from Split with the atmosphere of a pre-season friendly at The Bescot Stadium, but a good turnout of Stokies were in attendance and most of them seemed to have an affinity with Julie Andrews on the night!

And Danny Pugh scored the winner! In a European away game! The thing I loved about this match was Thun’s manager, Mr Lindt Clock, described us as being “brutally efficient”! This description should be added to our Club Crest, just under ‘1863’!

The Group Stage was where the competition started to be taken a bit more seriously. Mouthwatering potential trips to Spain, Portugal, Germany, Holland and a few British teams were on offer, and many Stokies were planning on a few short journeys to continue our European Adventure. What did we get? Good teams and all bloody miles away. Israel, Ukraine and Turkey? What about the ferries to Belgium and France?

Spurs got Shamrock Rovers, Fulham got FC Twente and Birmingham got Brugge and our closest match was 1,700 miles away in Kiev! For those dedicated enough to attend all three group matches it was approximately 12,000 miles in total!

Kiev away was a smaller, but no less dedicated following. This match had no organised ‘trips’ as the Official Club day trip was cancelled due to not enough interest. This was our first away match shown on ITV4. We were a few seconds away from another historical win, but still a hell of a good point. Some supporters with good eyesight may have spotted a Ukrainian Lady wearing nothing but a scarf on her upper body! Such things are unlikely to happen is the Upper Tier of the Q Railing Stand, but you never know what goes on under those Tartan blankets!

I take my hat off to the die-hards who went to Tel Aviv. A round trip of 4,800 miles is almost incomprehensible when you think of where we were playing a few years ago.

Myself and four other mates flew from Stansted to Istanbul for the last Group game. It was another fantastic evening with the Besiktas support even more nutty than those in Split. The stand on our right singing to the stand on our left, waiting for a reply then singing back. It was a pity we put out such a weak team and went onto lose the match, but I felt honoured to see Ricardo’s 50th, and last, goal in a Stoke shirt.

Istanbul was a fantastic friendly city, somewhere I’d like to return to and see a few other matches.

So, our early European adventure was far flung and well supported. People knock the Europa League, but I loved every minute of it. And I’ve not even mentioned Valencia!